I had to say goodbye to a friend on February 4th. While I set about writing this memoir, I am aware that a great many people knew and loved him. We all said the same thing: natural causes or not, he left too soon. But while the world is poorer for his absence, heaven is richer. Blessings and fondest regards to the family and friends of Joseph Bendickson.

I met Joey around 5 years ago when I went into the Milwaukie Teen Challenge thrift store. He was a student working his way through the program. I was a regular customer because it was TC (I am an alumnus) and because I often helped my mom with her home renovation projects.

When I arrived in Auburn a year ago, Joey told me he recognized me, even though we had exchanged maybe a dozen words, and that several years previously. That was Joey’s gift. He and I didn’t always connect. I often found him to be brash, but that was his way of dealing with the continual task of trying to keep a hundred administrative boards nailed down as lead staff member at ABSOLUTE Ministries. I saw him more than once swallow his annoyance and frustration and speak calmly. He was familiar with the hard work of continual surrender. He made his service to God and others an outright priority, even when he was slighted and opposed for his trouble, which was often. His work was helping a dozen immature, undisciplined men change their lives and their focus.

All this is in sharp contrast to a frazzle of a man who existed before, his mind churning in a desperate enterprise, body wasted from bad food and drug abuse. That man encountered God, in what â€• by Joey’s own admission â€• was an almost unilateral act from above.

Joey and I took a drive together just before he passed. As Director of Outreach for ABSOLUTE Ministries, Joey drove to outlying Teen Challenge centers to raise awareness of the program, which offers transitional housing to men and women who have completed a drug rehab or discipleship program. It is the most comprehensive program of its kind, connected to several local churches and business owners in the Puyallup area. This concentration of godly people offers mentorship, employment and moral support to ABSOLUTE residents while they rebuild their lives. The housing includes utilities, YMCA membership, camaraderie and even campus vehicles for residents to get around in. All the staff are themselves former drug abusers that encountered Jesus, got a clean bill of health and want to pass the gift along.

The journey from the lifestyle of drug abuse to godliness is a difficult one, fraught with periods of great anguish and entrenched sin patterns as well as vocational and legal obstacles. Most people don’t get over all these gauntlets unless they are planted in a strong, loving Christian community, which is why ABSOLUTE exists.

Joey’s encounter with Christ happened a few days into his residency at Teen Challenge. (Photo, right. Joey is left, front.) It happened on an evening when evangelist Gary Huenke came to preach at the center. Joey was not only wrestling with the demon of drug abuse; he had recently been told he was an expectant father. It turned out to be someone else’s child, but at the time, the responsibility of fatherhood weighed heavily on him. After delivering his sermon, Huenke gave an altar call. As he walked back and forth in front of the platform, he saw Joey standing near the front and leaned in to speak in his ear:

“How are you going to be a father when you can’t even take care of yourself?”

Joey hadn’t said a word to the man about the pregnancy. Whatever the explanation for his knowledge of Joey’s predicament, it was an astonishing display that was enough to make Joey come forward for prayer. Once there, Huenke asked Joey if he wanted to receive Christ.

“Why did you say ‘yes’?” I asked Joey as we hurtled down I-5 toward Shedd, Oregon.

His answer would probably mystify many people, but it made perfect sense to me. I came to Christ after I was invited to church with a friend I had made at a Salvation Army rehab center in Anchorage, Alaska. I wasn’t looking for Jesus. I was just trying to claw my way out of a toxic stew of a thousand terrible choices. My life was a colossal train wreck. Only a month previously, I had been homeless, unemployed, strung out and despondent, with undiagnosed medical issues for frosting on the cake. I was wandering around Anchorage in the middle of winter, wondering what would become of me. In my desperation, I said a single-syllable prayer: “Help.”

I knew I was addressing God the Father of Jesus Christ, but beyond that, my prayer was almost offhanded. I had no inkling of the personal revolution that was coming. A month later, as I accompanied my friend to church, I heard the call of God like the ringing of a great bell. I couldn’t say no.

Like Joey, I can’t explain why I accepted Christ. I didn’t have any ironclad convictions about God, or about my essential bankruptcy. I hadn’t yet realized that I was trapped in my own depravity. All I know is, the Savior of the universe was extending His hand toward me, and I took it.

I didn’t know until a couple of weeks ago that Joey’s conversion experience was strikingly similar to mine. His testimony is startling. Summing it up, he said something I can’t quite remember, but it was along the lines of I didn’t know exactly who Jesus was. All I knew was that I was sinking fast, and I was being offered a way out.

That was enough for God to work with, and Joey was the grateful beneficiary. That’s the Gospel in a nutshell. But that’s not to say Joey didn’t accomplish anything. To the contrary, his decision to accept Christ opened the way for him to carve out a completely new life for himself. After graduating Teen Challenge, he came to ABSOLUTE Ministries â€• a daunting prospect since he was undertaking another lengthy program after spending more than a year in TC. But he never expressed regret about it. It sharpened his vision, such that he abandoned a lucrative trade as an electrician to become a staff member at ABSOLUTE following his graduation. He was earning much less income than he’d envisioned, but he considered his real income to be the spiritual blessing of doing God’s work. I never detected any uncertainty from Joey about that. Whatever hit him that night at Teen

Challenge 5 years ago was a game changer. Not only did he keep his pledge to leave the bad things behind, he found all kinds of good things to replace them. He met and married the woman he called “my best friend,” Chelsea Peterson, with whom he conceived a child that is still waiting to make its entrance into the world. He impacted the lives of many people here, and his work sent him all over the Pacific Northwest.

That was how we came to be driving to Shedd, Oregon two weeks ago. Joey hated to make the long drives by himself, and he often implored me to go with him. I sensed it was partly because he wanted company and partly because he knew I would get a charge out of it, which I always did. I almost didn’t go with him on this last one. I didn’t want to turn down the work. But I agreed to go anyway, and I stuck with it even after I was offered the opportunity to substitute teach a group of middle school students for an English and Humanities class (my passion).

I turned it down, and I’m grateful for it. It gave me the chance to spend the whole day with Joey. Whenever we went on outreach trips, Joey had a completely different demeanor. The administrative hat came off, and we just hung out together. On this last trip, we literally talked non-stop for three hours as we drove from Auburn to Portland. Joey was an amazing conversationalist, passionate and fully engaged. He always listened and absorbed what I told him. I know because he would later recall details I had shared about my life. He loved to tell funny stories, often about his experiences at Teen Challenge and the people he met there. Our conversations always came back to Jesus and the meaning of the Gospel. He loved discussing doctrine and had a razor-sharp awareness of doctrinal fallacies, which he fought with an understanding of scriptural truth that was amazing for his few years in the faith.

Somehow, the death of friends makes us more aware of how fortunate we are to have known them. Goodbye, Joey. You were a good friend, and you will be missed. 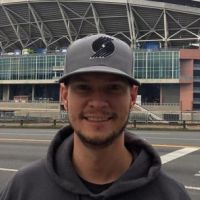 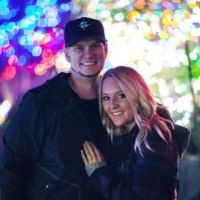 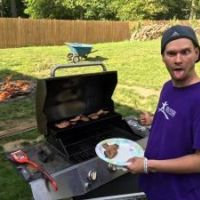 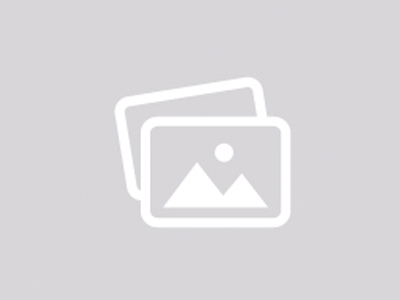 By: Doug Abbott I had to say goodbye to a friend on February 4th. While I set about writing this memoir, I am... 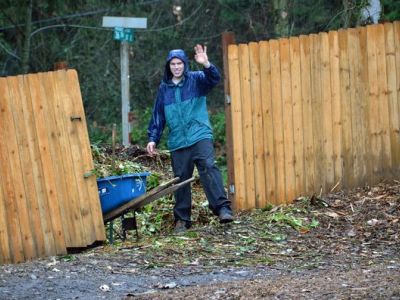 David saw that he was on camera the other day while doing some landscaping. We captured a few of the moments. We... 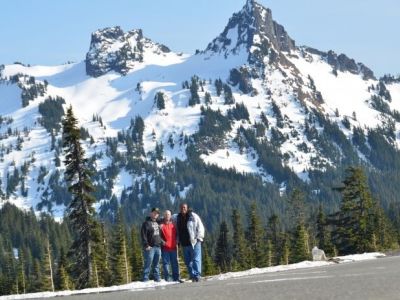 Brad, Joey, Jason, and Stan headed to Mt. Rainier for a day of sights and fun. Check out a few of their... 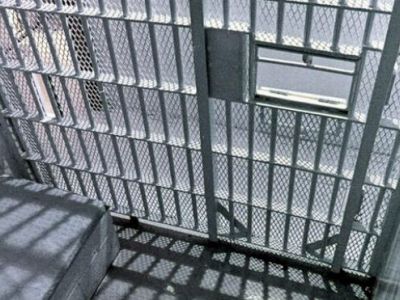 My Way vs. Jesus' Way

This blog entry is intended to be in sequence, following the last entry written. I am going to detail one of the points... 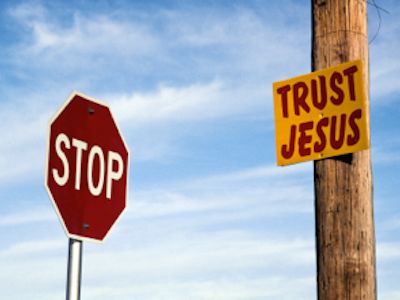 The different faces and ways of addiction are limitless. 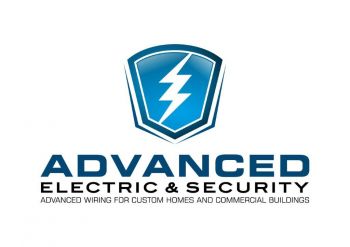